Many organizations fight breast cancer.
We do it differently.

Our organization has been fighting breast cancer since 2005, when a small group of neighbors joined together to raise funds for research. We named ourselves The Step Sisters to represent the support family members provide to one another during times of crisis.

In 2014, members Ashley Campolattaro and Angela Fuentes, took The Step Sisters in a new direction. After repeatedly seeing the impact the disease had on patients and their families, they decided to dedicate their mission to assisting patients throughout treatment.

Supporting patients as they battle the disease is a different, yet vital approach to fighting breast cancer.

Throughout our history, we have seen neighbors, friends and family members diagnosed with the disease. We believe that no patient should have to stop or even delay her treatment due to her personal circumstances. Further, no patient should feel that she is fighting breast cancer alone. 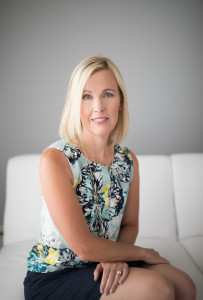 Ashley co-founded the Step Sisters in 2005 when her mother was diagnosed with breast cancer. She currently serves as Co-Executive Director. As the Step Sisters have grown and evolved, her life has been touched by breast cancer with a number of friends also facing the disease. She feels that the Step Sisters’ mission has reignited the “heart” of the organization and has brought new meaning to its work by impacting our local communities.

Ashley has a background in marketing, communications and design. She operates a local business, Families in Training, which organizes Brambleton Kids Run the Nation, as well as the Lace Up for Learning 5k and the B_Fit Trail Challenge. An RRCA Certified Race Director & Running Coach, she is the organizer of the Step Sisters’ Ribbon Run, the organization’s largest fundraiser. 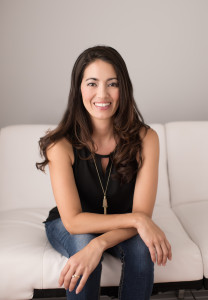 Angela joined the Step Sisters in 2009 following her personal battle with breast cancer. Throughout her treatment, members of The Step Sisters played an important role in supporting her and getting her through a very challenging time in her life. Angela hopes to pay forward the generosity and kindness that was shown to her family and is proud to serve as Co-Executive Director of The Step Sisters organization.

Angela has a background in business and finance and owns her own bookkeeping business, Ashburn Accounting. She brings her financial expertise to the organization by handling all the bookkeeping needs of The Step Sisters.

Long-time residents of Brambleton, Angela, her husband and 2 boys enjoy spending time with family, participating in sports and being involved in the community. * Photo Credit: Jessica Monte Photography

Destinae has been involved in the Step Sisters since 2016 after she was diagnosed with breast cancer. She was thankful for the local support offered by the organization and wanted to get involved after treatment. She participated annually in the Ribbon Run with a team of her own and joined the fundraising committee. She enjoys being a resource for others facing breast cancer and for the opportunity to work within the community to spread awareness. When she’s not helping out the Step Sisters she is spending time with her husband, new son Tyler, and their two dogs. She also teaches 5th grade and is an independent sales consultant for a natural skincare company. She’s thankful for the opportunity to serve the Step Sister’s in a new role.

Deanna has been a member of the Step Sisters since 2011 when she began volunteering with the annual Ribbon Run, and her involvement has grown from there. As a Girl Scout Leader and Team Captain for Volunteers for Change, she passionately promotes volunteerism throughout the community.

Deanna is a James Madison University graduate, where she received degrees in Business Administration and Fine Arts.  She currently works in the Project Management Office for a local government contractor.

Deanna lives in Leesburg with her husband and their three children. She enjoys being involved in the community and taking advantage of everything that Loudoun County has to offer. * Photo Credit: Jess Lynn Photography

Latisha “Tish” Spaulding is the Center Director at Winwood Children’s Center in Brambleton. Tish became acquainted with the Step Sisters organization after her own breast cancer diagnosis, participating in the Step Sisters’ Ribbon Run just weeks after her last treatment. She explains, “I love what the Step Sisters have to offer the community and the ladies who have just received the awful diagnosis of cancer. I look forward to seeing what the next few years bring to this organization.” She lives in Manassas with her husband and rescued German Shepherd.

Katie has been a long-time supporter of Step Sisters since its inception and comes with a background in grassroots organizing and event planning.  Katie is a graduate of Sweet Briar College with a degree in Government.  She pursued a career in grassroots lobbying, conference planning, and PAC fundraising for trade associations until the arrival of her three children.  Katie is a substitute teacher for Loudoun Schools, as well as a Council Leader of the Sweet Briar Alumnae Alliance where she leads a team of alumnae.  In her free time, she keeps busy with family activities, tennis, Zumba, piano, and reading.

Janet joined Step Sisters at the beginning of 2019 after she completed her own battle against
breast cancer. She was fortunate to have the support of friends and family during her cancer
treatments but knows not everyone is so fortunate. She is thrilled to be a part of the Step Sisters’
team and is eager to help others impacted by breast cancer.

She has a background in Contracts and currently works as a Sr. Contracts Manager at a large government contracting firm. She and her partner live in Brambleton and they enjoy spending time with friends and family and traveling as much as possible. 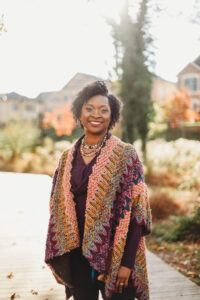 Katrece Nolen is a cancer survivor, author, advocate and speaker, who highlights the importance of self-advocacy to combat health disparities. Like other cancer patients and survivors, she began her cancer journey with feelings of isolation and uncertainty.

A seven-year survivor of Stage 3 Inflammatory Breast Cancer, her book, “I’ve Been Diagnosed, Now What? Courageously Fighting Cancer in the Face of Fear, Uncertainty, and Doubt” documents her journey from uninformed patient to self-advocate.  Known for her ability to break complex concepts down in a fresh and relatable way, she shares a variety of methods and strategies other survivors may use to build their own community of support and not just survive, but thrive!

An Oklahoma native and 19 year resident of Loudoun, Katrece holds a B.S. in Industrial Engineering and an M.B.A. from George Washington University. She has served on various health and education-related committees and councils and currently resides in Loudoun County Virginia with her husband and three children.

Karen is a long-time member of the Step Sisters. She joined the group as friends and family members have battled breast cancer. Karen is a graduate of the University of Virginia with a degree in Government. She has spent the majority of her career working for government contractors in business operations, finance, and contracts and subcontracts. She is currently the Operations Manager for OPSPro, LLC. Karen lives in Brambleton with her husband and 3 children. She enjoys concerts, traveling, and volunteering in the community. 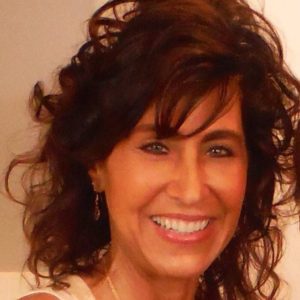 Karen joined the Step Sisters in 2009 when she was diagnosed with breast cancer. She used her diagnosis and treatment of breast cancer as a call to evaluate and make changes to her life. She was fortunate to have the support of her friends and family throughout her wellness journey. Now a long-time survivor, she is Senior Vice President, Chief Human Resource Officer at a local major financial organization. Karen lives in Loudoun County and can be seen five (5) days a week working out at her local gym. She is an avid reader and spends her spare time mentoring people who are struggling with personal challenges. She also spends time helping people who have been diagnosed with breast cancer deal with all of the issues surrounding their diagnosis. She has a passion for giving back and helping others deal with issues in their life. Karen graduated from Rider University with a BS in Management and Organizational Behavior and is a member of a number of professional associations. 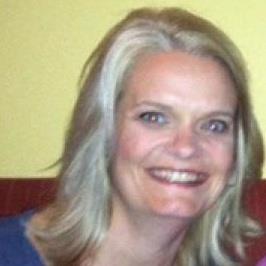 Geri joined the step sisters in 2009 after a dear friend was diagnosed with breast cancer.  She is an active volunteer with her church and within the Brambleton community as well as serving on the PTO at the local high school. Geri has worked within Loudoun County Public schools for 10+ years as a Parent Liaison and most recently main office secretary. She resides in Brambleton with her husband, and their two children

Dr. Irwin’s commitment to caring for and treating oncology and hematology patients led her to join the Loudoun Office of Virginia Cancer Specialists in 2008. A recognized expert in the fight against breast cancer, Dr. Irwin is part of the national U.S. Oncology Breast Cancer Research Committee, has been interviewed as a breast cancer specialist on television and in magazines, and is repeatedly called on to speak at charity events for breast cancer awareness and prevention.  The Step Sisters are fortunate to have Dr. Irwin on board as a medical advisor.

Aimee first encountered the Step Sisters in 2011 when she ran The Ribbon Run for a friend diagnosed with breast cancer. She joined the group in 2013 to help with public relations, outreach and grant writing.

Married with two daughters, Aimee has lived in both Russia and England but loves calling Ashburn home.

Title of the document

Be sure to "Like" our Facebook pages! This is your opportunity to stay informed as plans develop, ask questions, and provide coordinators with feedback. 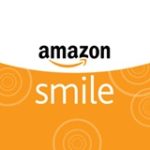